Sandy Rodriguez calls himself “the man of your dreams”. The maker of handcrafted mattresses is a local anomaly in an industry where online companies are flattening mattresses like pancakes, rolling them up like sleeping bags and shipping them to customers before they’ve gotten to try them.
He’s also a more affordable alternative to the Sleep Number and Tempur-Pedic mattress that can cost several thousand dollars. 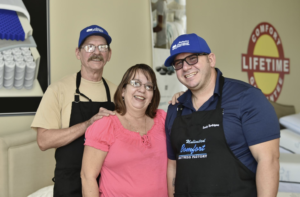 His mattresses, typically, clock in at less than $2,000. His queen-sized Cloud 10 model with organic latex, a to-the-edge coil system, cool gel foam and organic green gel and a 15-year warranty sells for $1,498.

His products are like hand-built cars. He’ll even makes house calls when it’s time for a tune up. But the personal service starts earlier.

“You don’t have to deal with a 1-800 number,” he said. “You’re dealing with me personally. When you get my business card, you can see it, I give you my own personal cell phone number. I keep in touch with my customers, and I want their feedback.”

It’s been about a year and a half since Rodriguez opened Unlimited Comfort Mattress Factory at 4035 Clark Road in Sarasota, but he’s been handcrafting mattresses for almost a decade. His family immigrated from Cuba and settled in South Dakota where they had friends and a greater opportunity to learn English. If they’d stayed in South Florida, where Cuban culture is particularly strong, his parents would have had less motivation to learn the language and the country, he said.

He took a job building houses, initially, and then picked up a job delivering mattresses for Comfort King Mattress Factory. Eventually, he moved into working in the factory and studied the craft under the owners.

After almost a decade in colder climates, he brought his trade to Southwest Florida to be closer to his parents, who had moved south, and the sunshine. 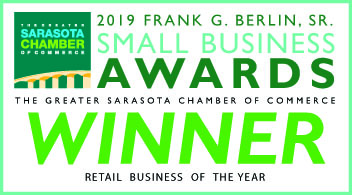